The American Singer, songwriter, wife, mother, director, singer, dancer, actor who recently released #THEALBUM . While most fans are anticipating the visuals to one of the songs on the album “Killa” on which Davido features; Teyana Shumpert took to the micro blogging platform twitter last night where she expressed that — (see tweet below) .

Afrobeats music makes me feel so sexy 😩😩😩😩😍😍🤣🤣 like I’m dancing in front a fan blowing hair. 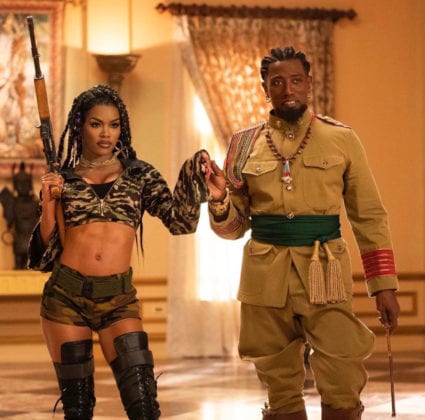 Teyana Taylor is an American singer-songwriter, actress, dancer, choreographer, director and model. While in her teens, Taylor, a Harlem native, signed with the Pharrell Williams’ Star Trak label, helped popularize the Chicken Noodle Soup dance, aided in the choreography for Beyoncé‘s “Ring the Alarm” video, and became visible to the public in a 2007 episode of MTV’s My Super Sweet 16. She has worked with music stars like Kanye West, Meek Mill, and Jadakiss. She recently starred in the 2021 Hollywood blockbuster movie, ‘Coming 2 America’.

“EMPIRE Is Investing Early In African Music And Culture” – Forbes